Bring the magic of eloquent relationships into the Laravel Factory.

Traditionally if you wanted to factory a team with some users, you'd have to manually create the individual team and users and then tie them together afterwards. This can easily lead to very verbose tests.

You may install the package via composer

Version 4 and later of this package is compatible with the new class-based syntax introduced with Laravel 8.

Version 3 and earlier of this package is compatible with the legacy $factory->define() syntax. Please find docs here v3 documentation:

The majority of the refactoring needed to upgrade to v4 of this package, lies in rewriting factories to be compatible with Laravel class-based factories.

If you use Laravel Shift when upgrading to Laravel 8, a lot of this work will be automated, and you will be well on you way.

Rewriting to class based factories

Please use Laravel Shift for upgrading Laravel versions, or refer to the official documentation on how to write factories using the class-based approach.

Replace all occurrences of ->state('some-state') with ->someState() in your test suite.

The concept of presets which was introduced by this package may now simply be rewritten to states.

As such, replace all occurrences of ->preset('some-preset') with ->somePreset() in your test suite.

Replace all occurrences of ->times(x) with ->count(x) in your test suite.

This change is completely optional. If you wish, you may change all occurrence of factory(SomeModel::class) to SomeModel::factory() in your test suite.

If you choose to do so, remember to add use \Makeable\LaravelFactory\Factory; to all models.

The odds() method has been removed from the Factory instance.

Once the package is installed, your factories should extend Makeable\LaravelFactory\Factory rather than the native Laravel Factory class.

Additionally, please make sure to use the corresponding Makeable\LaravelFactory\HasFactory trait on your models.

You may now use all the native Laravel features you are used to, along with the additional functionality this package provides.

If you're not familiar with Laravel factories, please refer to the official documentation: https://laravel.com/docs/master/database-testing

You may use the enhanced factory to create any additional relationships defined on the model.

Example: A Server model with a sites() relationship (has-many)

Note that you may still use any native functionality that you are used to, such as states and attributes:

You are free to specify multiple relationships on the same factory.

Given our previous Server model has another relationship called team (belongs-to), you may do:

Now you would have 1 team that has 1 server which has 3 sites.

Moving on to the more advanced use-cases, you may also do nested relationships.

For instance we could rewrite our example from before using nesting:

Please note that the count '3' applies to the final relationship, in this case sites.

If you are wanting 2 servers each of which has 3 sites, you may write it as following:

Just as you may specify pre-defined states on the factoring model (see official documentation), you may also apply the very same states on the relation.

You may finding yourself wanting a relationship in multiple states. In this case you may use the andWith() method.

By using the andWith we will create a 'clean cut', so that no further calls to with can interfere with relations specified prior to the andWith.

In the above example any further nesting of relations will apply to the 'offline' server.

The above example will create 1x team that has

You may fill attributes on a relationship by passing them as an argument to the with() method.

If the relation is a belongs-to-many relationship, you may also fill attributes on the pivot model by prefixing the attribute name with pivot..

All of the above examples of how you might configure a relationship using the with() method, can also be applied on the base model using the apply() method.

This would create 2 online servers each with 3 mysql databases.

In fact, by using the HasFactory trait from this package, you can even pass these arguments to the ::factory() method itself:

In addition to passing count and state directly into the with function, you may also pass a closure that will receive the FactoryBuilder instance directly.

In the closure you can do everything you are used to on the FactoryBuilder - including nesting further relationships should you wish to.

Factoring models with no defined factory

Traditionally trying to use Model::factory() on a model with no defined factory would throw an exception. Not anymore!

After installing this package, you are completely free to use the static Model::factory() method on any Eloquent model that uses the Makeable\LaravelFactory\HasFactory trait.

Furthermore, this package brings back the good old factory(Model::class) helper function which you may use on any model, whether or not the model has a defined factory or uses the HasFactory trait.

These are the provided methods on the Factory instance in addition to the core methods.

You can run the tests with:

We are happy to receive pull requests for additional functionality. Please see CONTRIBUTING for details.

This repository contains the source code of the web panel...

🏓 Laravel collection macro that determine if `any` item from...

This repository contains the source code of the web panel... 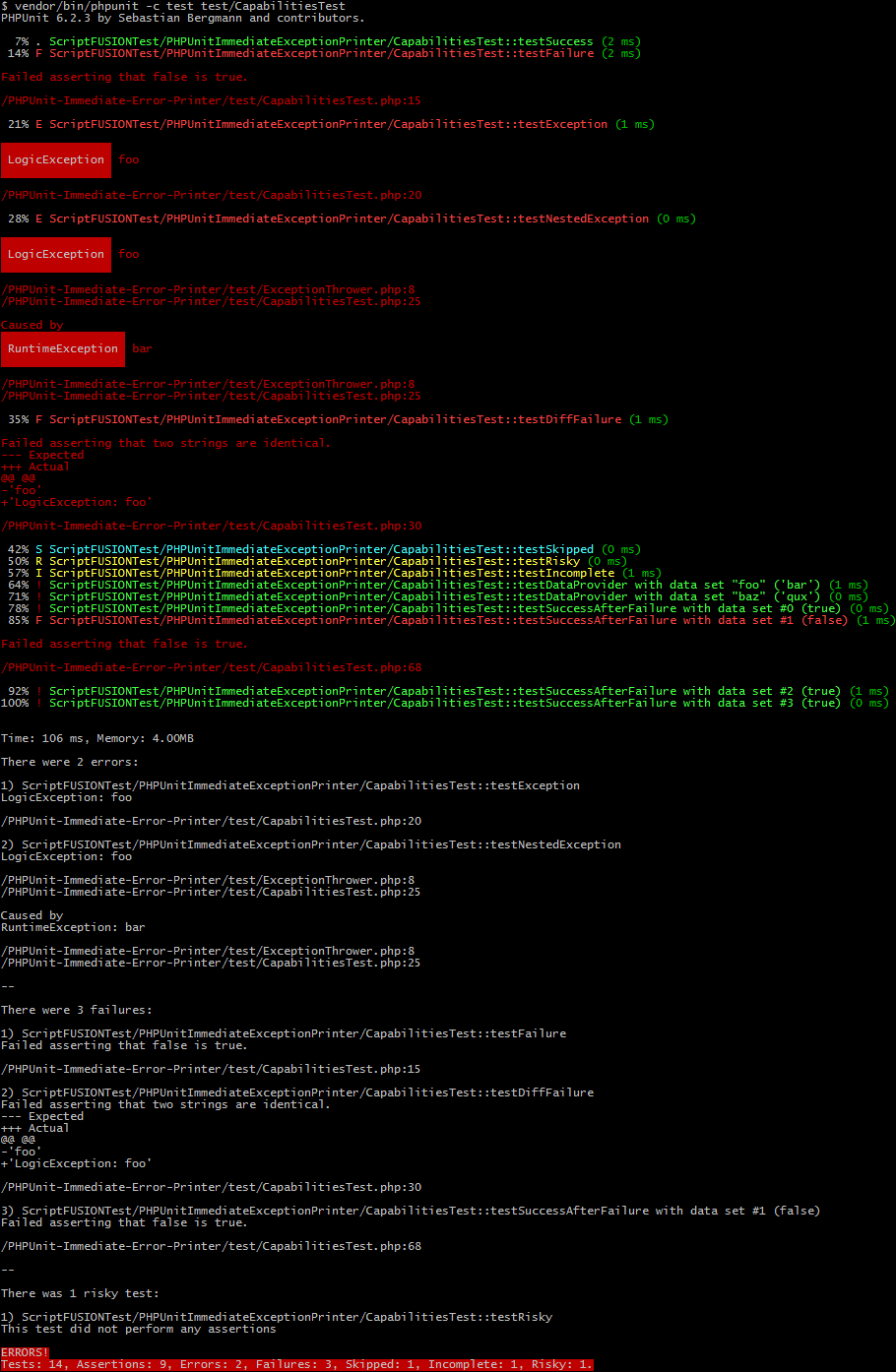 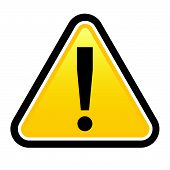 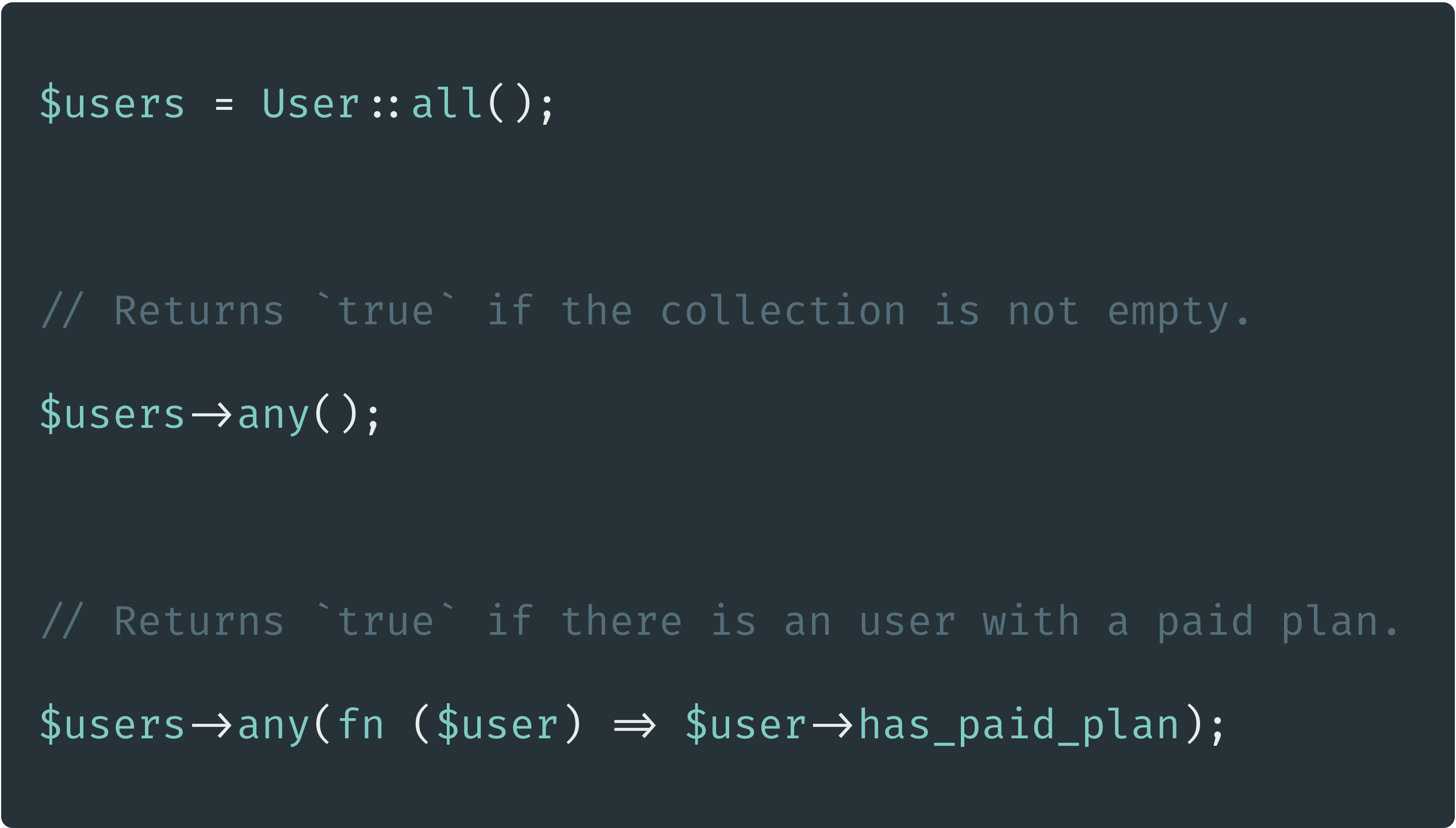 🏓 Laravel collection macro that determine if `any` item from... 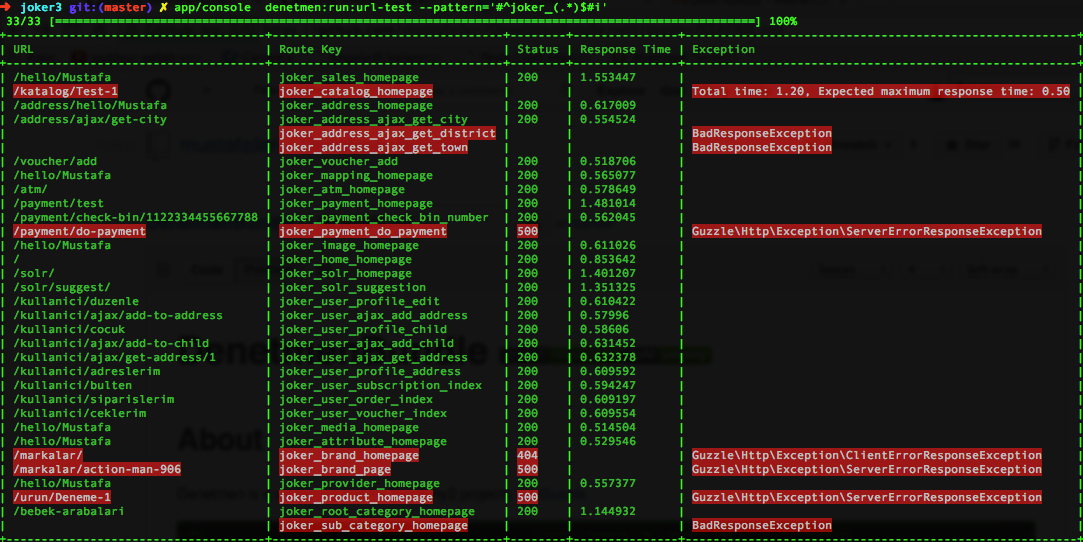